The DISCOL area was extensively sampled using various devices and gear throughout the course of the project to gather biotic and abiotic information about the ecosystem in and around the DEA. In a first phase, sampling was carried out prior to and then repeated half a year, three and seven years after the initial impact. Thereby, the experimental area was subdivided into eight pie shaped sectors, facing the main geographical directions. Additionally, two concentric circles with a radius of 1000 m and 1350 m respectively, divided the area into three so-called “rings”, ultimately leading to the characteristic “target circle” of the DEA. Sampling then was planned to be carried out within the central circular area and inside the outer ring (500 m width), which represented the areas believed to be most and least disturbed by the “plough-harrow tracks”. The inner ring area was not sampled to concentrate all sampling centrally or peripherally. However, it became evident, that not all sectors could be examined equally well due to time constraints and navigational resasons. Therefore, the sample distribution and sequence were randomly selected with equal numbers of samples in five central and five peripheral sectors. In addition, some areas outside the DEA were chosen as so-called "reference sites” and were sampled during each cruise to be able to compare the results between undisturbed and disturbed areas. The following figure shows all sampling stations during all four research cruises to the DISCOL - SO061 (black), SO064 (red), SO077 (white), SO106 (grey) - plotted on the latest bathymetric data acquired during SO242/1 in August 2015 (Source: GEOMAR). 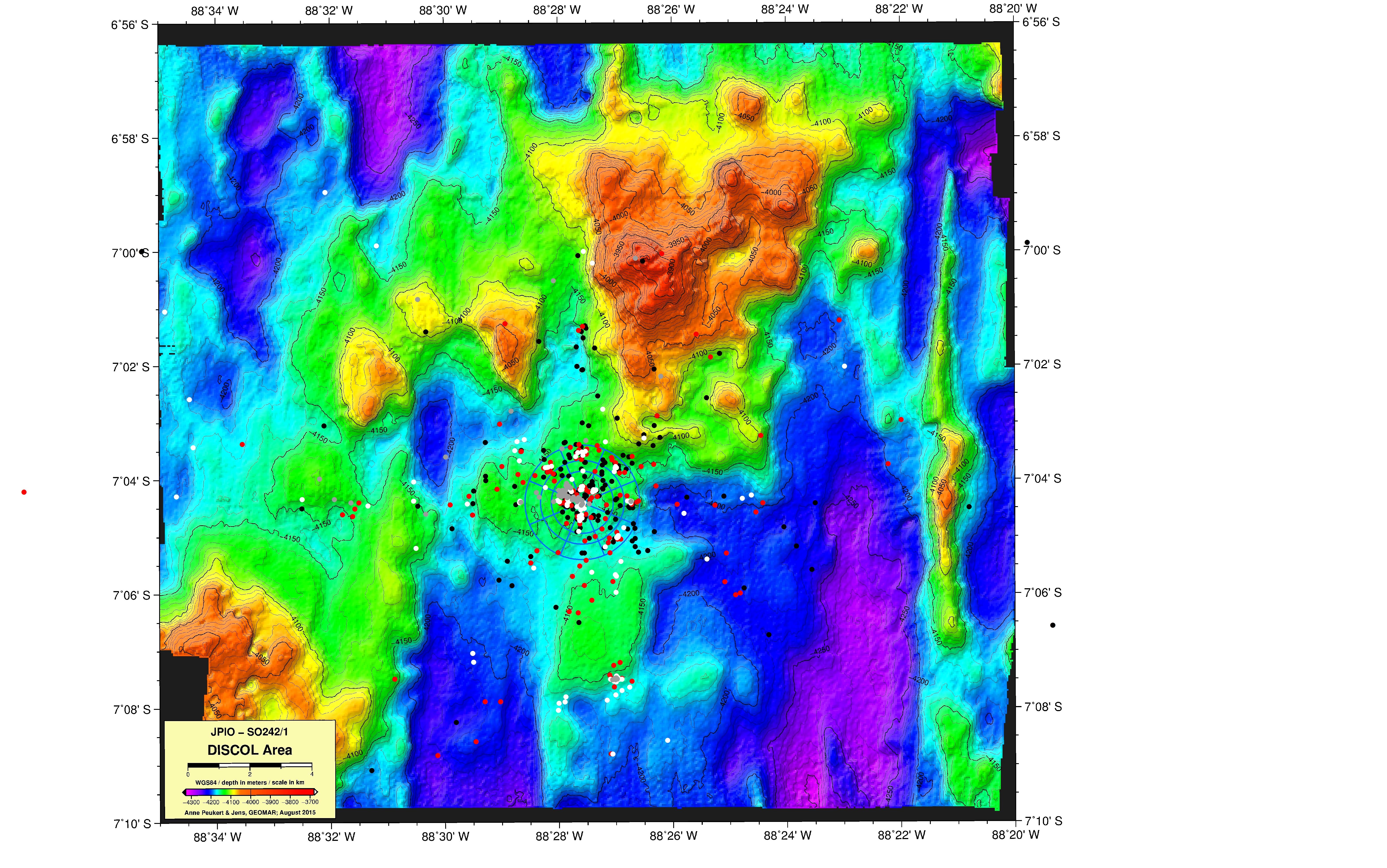 The main objective was to investigate the ecosystem within the DEA before and after a simulated mining operation. To study the organisms and their distribution different gear was used to collect and obtain different specimens. The bottom sediments were sampled for microbes as well as for meio- and macrofauna using mainly multicorer and box corer, later also some maxicorer samples (SO106). Furthermore, video and still images were taken for megafauna observations (OFOS and FBOS) and benthopelagic scavengers were recovered from the deployment of baited traps.